Boyhood Home
"The proudest thing I can claim is that I am from Abilene."
Dwight D. Eisenhower, Homecoming Speech
June 22, 1945

David and Ida Eisenhower purchased their home on South East Fourth Street from David's brother, Abraham Lincoln Eisenhower. The family moved into the six-room home in late 1898. The title changed from Abraham to Ida on April 4, 1899, for the sum of $1,000. Ida in turn sold the house to David for $1.00 on May 18, 1908. The real estate consisted of all but two lots of the block bordered on the west by Chestnut (now Kuney) Street, the east by Olive Street, north by South East Third Street and the south by South East Fourth. The Eisenhower property had between two and one-half and three acres which contained the house, a large barn, a chicken house, a smoke house, an outhouse, an orchard, a strawberry patch, and a large kitchen garden located to the east of the house. 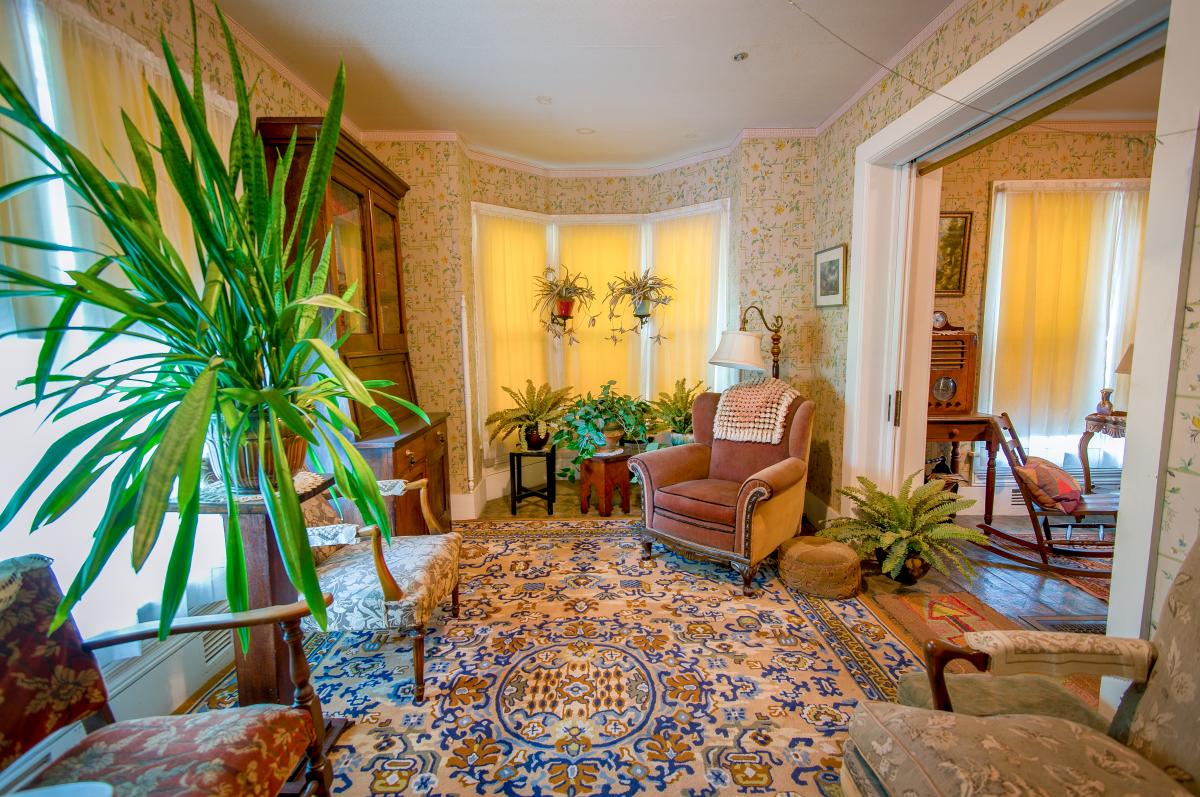 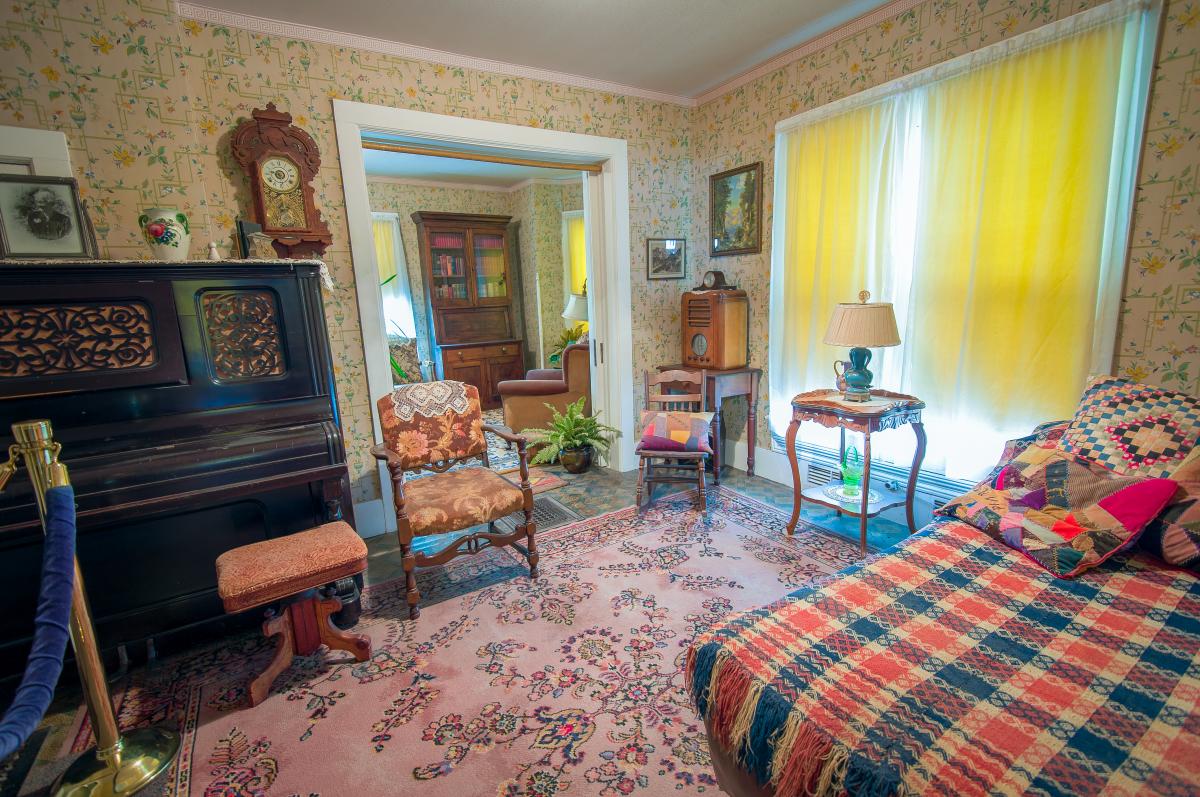 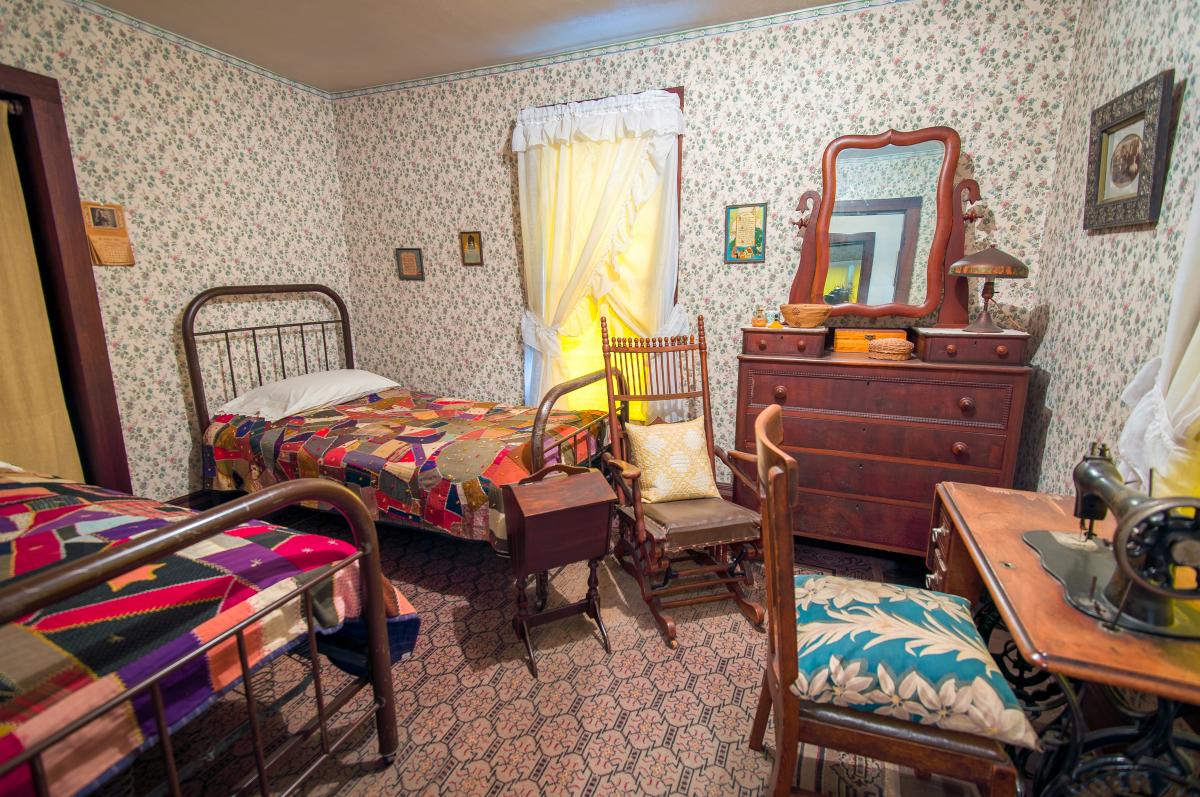 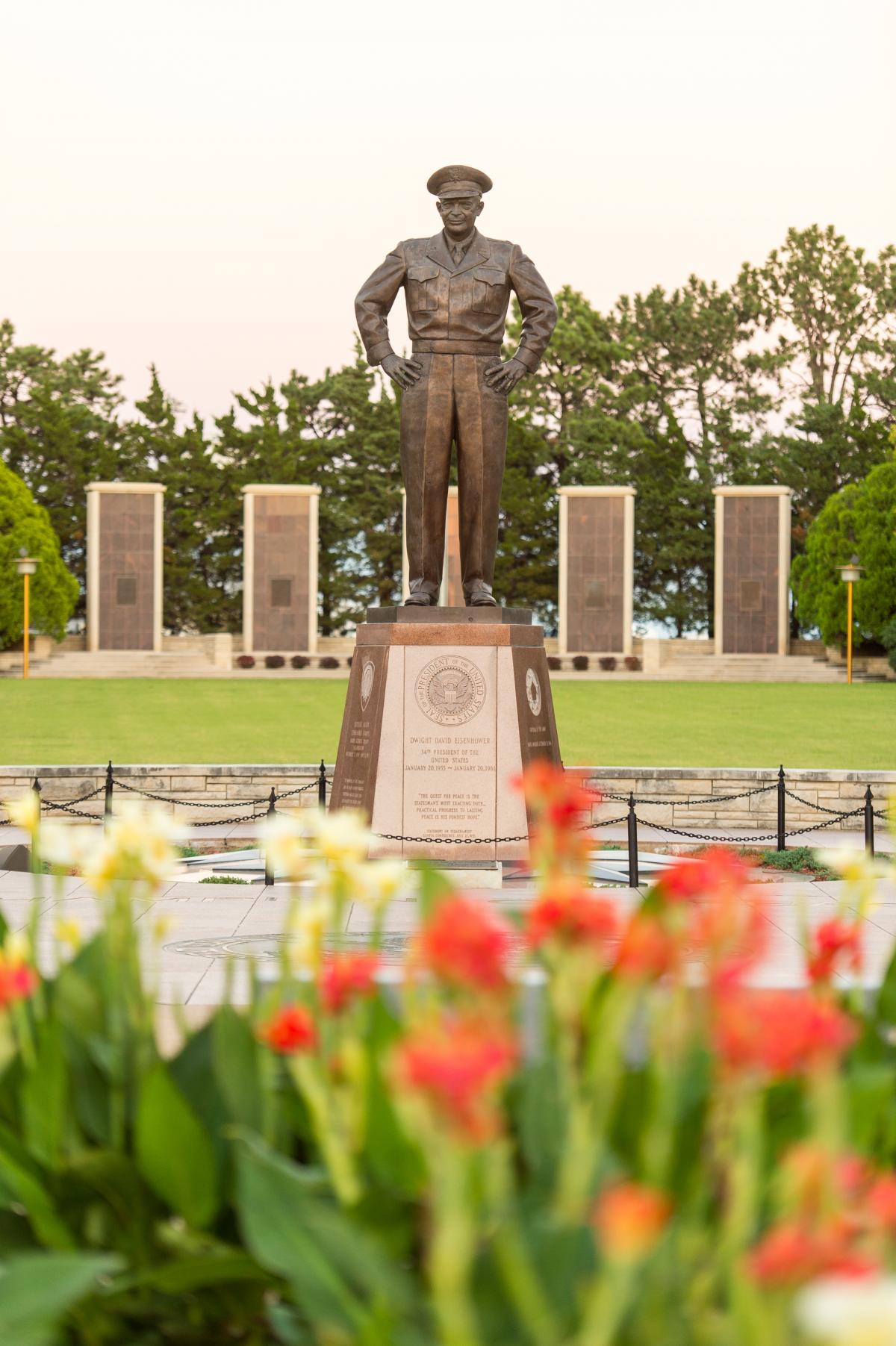