In September 1910 Eisenhower learned of an announcement of a competitive examination for applicants to the service academies. He also discovered that due to his age, he was no longer eligible to enter the Naval Academy, his first choice. He took the exam and scored second among the eight candidates. When the highest ranking candidate failed the physical requirement, Eisenhower secured an appointment to West Point. Dwight D. Eisenhower entered the U.S. Military Academy at West Point, New York in June 1911. He graduated in June 1915.

His Panama service (1922-24) introduced him to General Fox Conner who took him under his wing and encouraged him to read widely in history, military science, and philosophy and was instrumental in Eisenhower's acceptance by the Command and General Staff School at Fort Leavenworth, Kansas. Eisenhower graduated first in the 1926 class of 245 officers.

After assignments in the War Department (1929-35), he accompanied Gen. Douglas MacArthur to the Philippines as an assistant military advisor; his principal duty was helping MacArthur and his staff develop a viable Filipino Army.

Following the Japanese bombing of Pearl Harbor on December 7, 1941, Eisenhower was again called to the War Department where Army Chief of Staff General George Marshall placed him in charge of plans for the Pacific War. Two months later, Marshall promoted him to chief of the War Plans Division where he received his second general’s star. In June 1942, Marshall sent him to England on a special mission to build cooperation among the Allies as Commanding General, U.S. Army, European Theater. Eisenhower arrived in England on June 24, 1942, and began planning for the assault on the Axis forces. After leading the campaign in North Africa, General Eisenhower turned his full attention to planning the invasion of Normandy, France, which occurred on June 6, 1944, D-Day. Except for a brief stateside visit in January 1944, he was separated from his family until June 1945, following the end of the war in Europe.

General Eisenhower served as Chief of Staff of the United States Army from November 1945 until February 1948. He resigned from the Army on February 7, 1948 to serve as president of Columbia University. In 1950, at President Truman's request Eisenhower took a leave of absence from Columbia to command the North Atlantic Treaty Organization. As Supreme Allied Commander, Europe, during the following two years he would stay in touch with Columbia and especially with the American Assembly, a university innovation to which he had devoted substantial energy and time. On June 1, 1952 Eisenhower returned to the United States to campaign actively for the presidency. 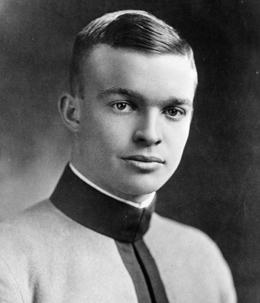 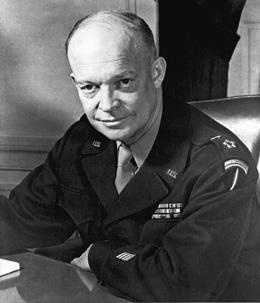