Dwight D. Eisenhower was an enthusiastic supporter of the Boy Scouts for nearly 40 years. His son, John, joined the Boy Scouts as a teenager in the 1930s. During World War II, more than 200,000 Boy Scouts honored Eisenhower's call to patriotism by participating in the 'General Eisenhower Waste Paper Campaign.' He served on the Boy Scouts Executive Board in the late 1940s and, during his presidency, was scouting's Honorary President.

In 1950 Eisenhower addressed the National Jamboree at Valley Forge and, a decade later, attended the Gold Jubilee Jamboree. During his retirement years, Eisenhower continued to make time for Boy Scouts.

Scouts are encouraged to wear their uniforms for FREE admission. 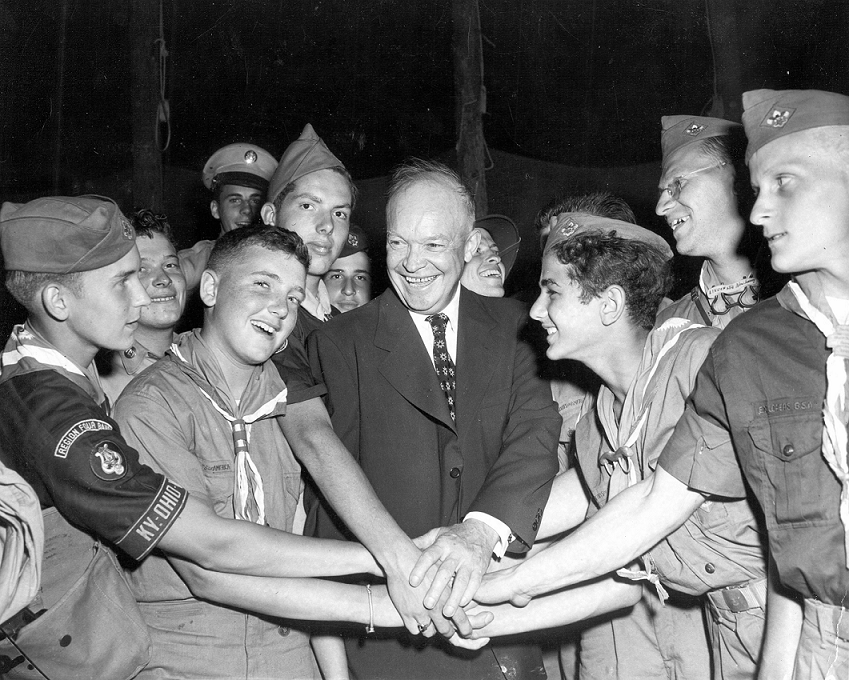 Citizenship in the Nation Merit Badge

"I urge you all to live up to the high ideals for which scouting stands--your duty as patriotic citizens." - Dwight D. Eisenhower,

As Scouts fulfill the requirements for this merit badge, they will learn how to become active citizens using the example of Dwight D. Eisenhower. They will become aware of and grateful for their liberties and rights, learn to participate in their governments and protect their freedoms, and help to defend their country and stand up for individual rights on behalf of all citizens.

The Citizenship in the Nation Merit Badge workshops at the Eisenhower Presidential Library and Museum are offered in partnership with the Coronado Area Council in Salina, Kansas.