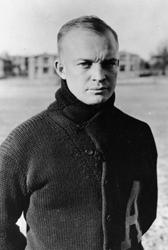 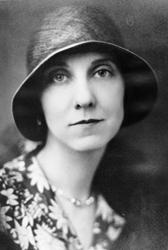 1892: The family returned to Abilene, Kansas.

July 7-September 6, 1919: Volunteered to participate as a Tank Corps observer in the First Transcontinental Motor Convoy.

April 11, 1946: Wartime rank of General of the Army converted to permanent rank.

June 4, 1952: Announced his candidacy for the Republican Party nomination for President in Abilene, Kansas.

January 17, 1961: Delivered his famous Farewell Address warning the nation of the “military-industrial complex.”

March 1961: By Public Law 87-3, signed by President John F. Kennedy, Eisenhower returned to active list of regular Army with rank of General of the Army from December 1944.

January 1961-March 1969: Maintained office at Gettysburg College and residence at his farm near Gettysburg, Pennsylvania.

April 2, 1969: Buried in the Place of Meditation at the Eisenhower Presidential Library in Abilene, Kansas.

August 1897: The family moved to Cedar Rapids, Iowa. At age six, she moved with her family to Pueblo, Colorado, and then to Colorado Springs. They lived in each of these places only a short time, and in 1905 moved to Denver. The house at 750 Lafayette remained in the family until after the death of Mamie's mother in 1960. Mamie Doud attended Denver public schools and Miss Wolcott's, a private finishing school attended by daughters of many prominent Denver families.

October 1915: Mamie met the then Second Lieutenant Dwight D. Eisenhower while visiting friends at Fort Sam Houston, Texas. The Douds had rented a house in San Antonio for the winter.

July 1, 1916: Ike and Mamie were married at noon in the Doud family home in Denver--the same day Ike received his first army promotion. They had a ten-day honeymoon, spending the first days in Colorado, then a few days visiting the Eisenhower family in Abilene, Kansas.

General and Mrs. Eisenhower lived in various army posts in the United States and around the world. From their small quarters at Fort Sam Houston, they moved to their first real home--a white pillared fraternity house at Gettysburg, Pennsylvania, where Ike commanded the Tank Corps Training Center at Camp Colt. After Camp Colt they were transferred to Camp Meade, Maryland, and then to Camp Gaillard in the Panama Canal Zone.

1924: They returned to Camp Meade, and then moved to Fort Logan, Colorado. Eisenhower then received an appointment to the Command and General Staff School at Fort Leavenworth, Kansas, from which he graduated first in his class, in 1926. After Fort Leavenworth, they spent a few months at Fort Benning, Georgia, before Ike was named to serve with the American Battle Monuments Commission. With this new assignment, they took an apartment in Washington, DC, where Mamie remained until 1936, except for a short stay in Paris.

1935: When Ike was transferred to the Philippines Mamie elected to remain with son John in the U.S. for a year before joining Ike in Manila.

1941: They returned to the U.S. When the Pearl Harbor attack occurred, Ike was Chief of Staff of the Third Army at Fort Sam Houston in San Antonio, Texas. He was called to Washington immediately and Mrs. Eisenhower established living quarters at the Wardman Park Hotel, where she lived almost continuously throughout the war and General Eisenhower's service overseas. During the General's absence, Mamie shunned publicity and the social whirl by doing volunteer work at servicemen's canteens in Washington and for the Red Cross.

1948-1950: The next major move was to 60 Morningside Drive in New York City where they lived while Ike was president of Columbia University.

1950: Ike was recalled to active duty to serve as head of the NATO military forces as Supreme Allied Commander, Europe. They lived in Paris until 1952 when Eisenhower returned to the U.S. to campaign for the presidency.

1953-1961: Mamie was a gracious and popular First Lady -- so much so that, beginning in 1952, she appeared every year on the Gallup Poll's list of the Ten Most Admired Women in America.

After eight years in the White House, the Eisenhowers retired to the farm they had purchased in 1949. This home at Gettysburg, Pennsylvania, was the first one they actually owned. After the General's death, Mamie continued living on the farm, with extended winter vacations in California and Georgia, until she took an apartment in Washington, DC, when her health began to fail in the late 70's.

Although she lived and traveled all over the world, Mrs. Eisenhower always remained a person who was most happy at home surrounded by her family. She enjoyed babysitting her grandchildren. Playing canasta, mahjong, or bridge with her friends was a favorite pastime. She had a lifelong interest in fashion and developed a flair that was strictly the "Mamie Look" -- from her feminine dresses to her trademark bangs. In her later years, Mrs. Eisenhower enjoyed answering the many letters she received from the public and assisted in fund-raising activities for several institutions and charities, including the Eisenhower Memorial Hospital in Palm Springs, California.

November 1, 1979: Mamie Doud Eisenhower died in Washington, DC, and was buried beside her husband and first son in the Place of Meditation at the Eisenhower Presidential Library in Abilene, Kansas.