Ike was an accomplished athlete who always enjoyed the exercise, fresh air, relaxation, good companionship, and competition which various sports provided. As a boy, he fished, and played baseball and football. He was a noted football player at West Point until a knee injury ended his participation. As a young Army officer, he coached several football teams. As he grew older, he turned to golf and, when he could, fishing, which he combined with his passion for cooking.

Ike's highly visible participation in sports as president, coupled with the national trend toward increased leisure time in the 1950s, helped to increase the popularity of certain sports such as golf and fishing and to accentuate a growing awareness of the need for regular exercise to maintain good health.

"Gently in Manner -- Strongly in Deed"

Latin inscription, "Suaviter in modo, fortiter in re", attributed to Claudio Aqua Viva. The "paperweight" Ike kept on his desk at the White House and later at the Gettysburg office, and now in the Eisenhower Museum displayed this inscription.

Ike - Although he expressed no real "favorite", the Bible was open to the following passages during his inaugurations...

In a 1966 letter, Ike wrote that the two most influential books in his life, other than the Bible, were On War by Carl von Clausewitz, and The History of the United States by George Bancroft.

NOTE: Recipes previously appearing in published sources may be subject to copyright restrictions.

This information was culled from several lists prepared at different times by Eisenhower's staff in response to the inquiring public. 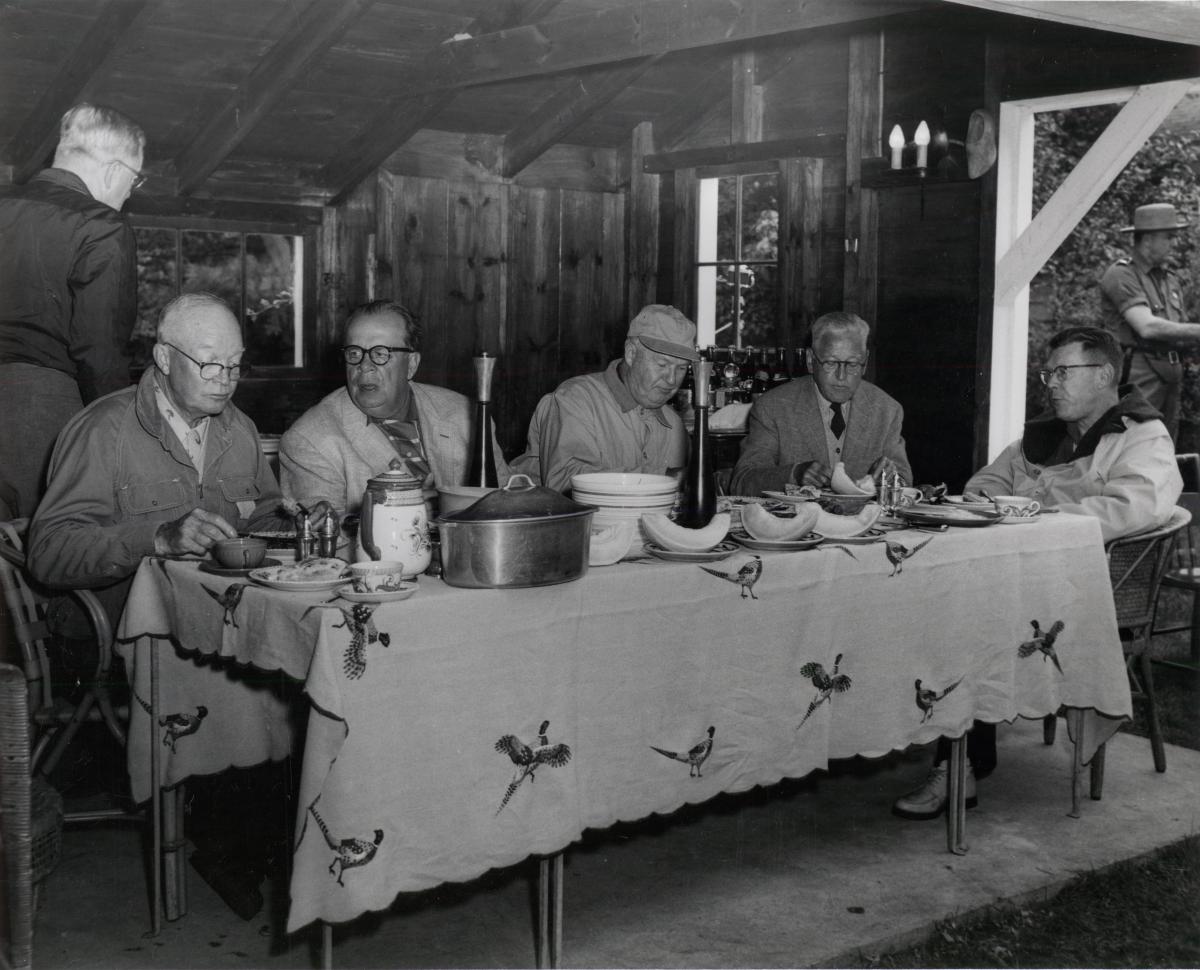 In an oral history interview, Mamie recalled, "[A]t home, the cook would not allow us in the kitchen, so I never had any kitchen experience at all."  When she married Ike, she was soon confronted with cooking. Here are some of her favorite recipes.

"Mrs. Eisenhower's favorite flowers are the Violet, the Gardenia, the Azalea, and the Gladiola. I am likewise fond of these particular flowers but my own favorite is the Rose and of all varieties the yellow Rose ranks first in my estimation." ....letter signed Dwight D. Eisenhower dated August 24, 1967

Mamie - Pink, Yellow, Green (These were favorites in not only attire, but in decorating as well) 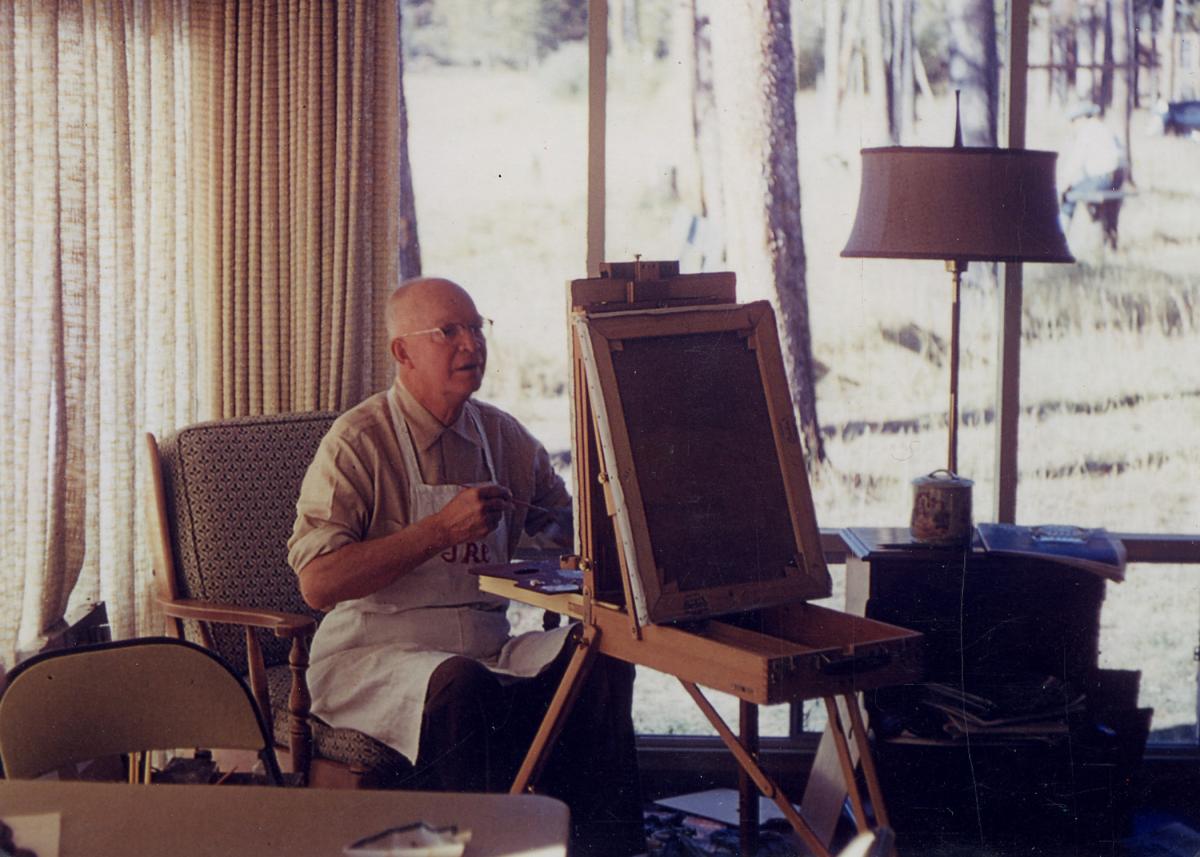 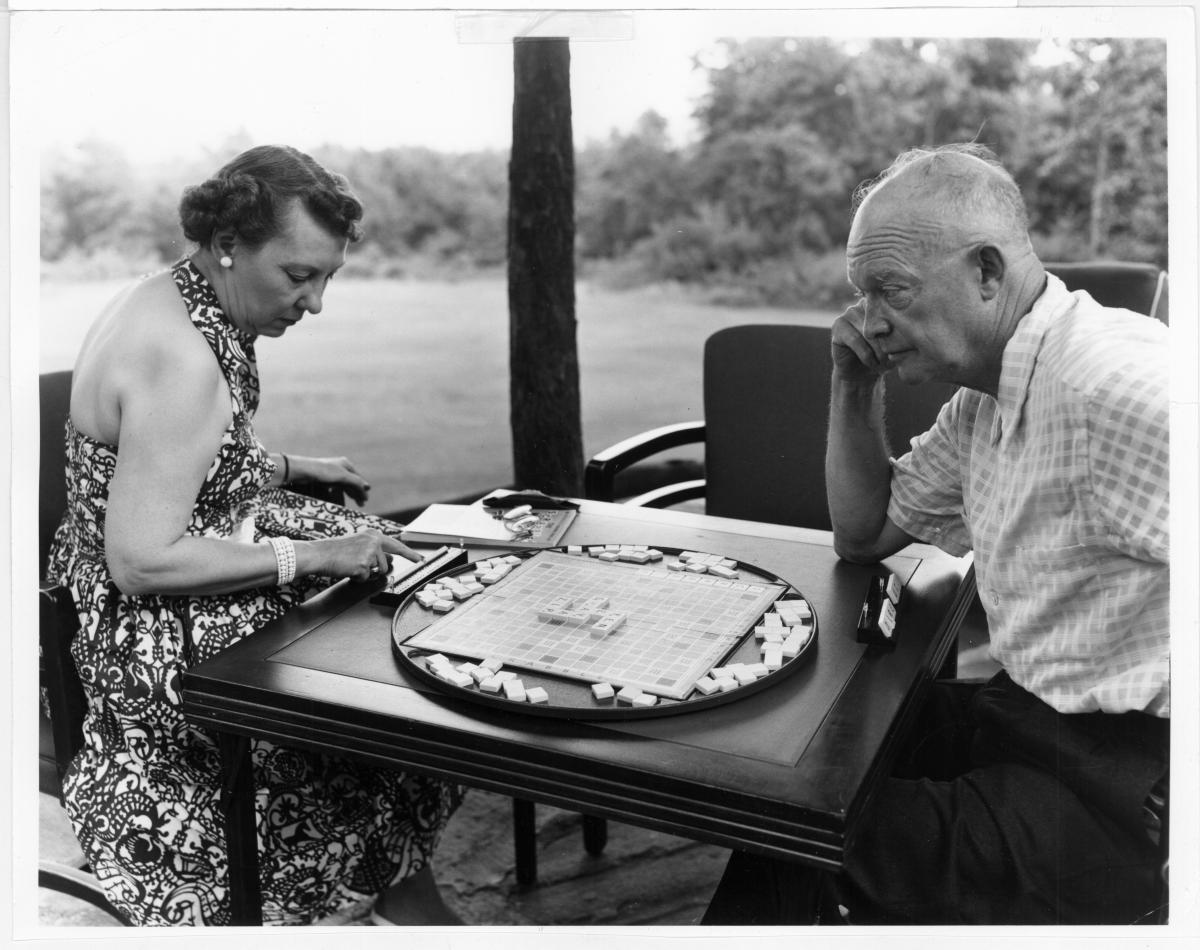 Source
US Navy
Description
Mamie and Ike play a board game at Camp David.

The following list was prepared by White House personnel January 23, 1954.

• Banks of the Wabash
• I Believe
• I Pass by Your Window
• O, What a Beautiful Morning
• Down Among the Sheltering Palms
• Jingle, Jingle, Jingle
• Greensleeves
• To a Wild Rose
• Serenade in the Night
• In the Still of the Night
• Stardust
• Moonlight and Roses
• Sleepy Lagoon
• Drink to Me Only With Thine Eyes
•One Alone
• Time on My Hands

• O God, Our Help in Ages Past
• Lead, Kindly Light
• Abide With Me
• God of Our Fathers
• A Mighty Fortress is Our God
• God Moves in a Mysterious Way
• God of Our Life
• I Love to Tell the Story