The presidential retreat on Maryland’s Catoctin Mountain may have been established by President Franklin Roosevelt, but it was President Dwight D. Eisenhower who made it a household name.

Eisenhower planned to close the Catoctin compound and divest the government of other "needless luxuries" when he took office in 1953. However, a Justice Department inspection trip to the site led by Attorney General Herbert Brownell so enthralled the AG that he filed a mock "Petition for Executive Clemency" on its behalf. In defense of his "client," Brownell wrote "Petitioner states that she was convicted without a hearing in the White House... and was sentenced to embarrassment, ignominy, and possible transfer or obliteration."

Brownell’s petition and a trip by Ike to the camp in May 1953 changed the hideaway’s fate. The mountaintop retreat would survive with one significant change. While FDR and President Truman called the compound "Shangri-La," Ike re-named it "Camp David" in honor of his grandson David Eisenhower.

The name change rankled Democrats. Representative Michael J. Kirwan of Ohio derisively noted that renaming the camp was the only thing the "Eisenhower Administration accomplished without Democratic help" during the new president’s first year in office. There was talk of the name reverting to "Shangri-La" after Eisenhower’s presidency, but President Kennedy vetoed the idea and Camp David it remained.

Extensive redecorating and building took place at Camp David on Ike’s watch. Picnic tables, an outdoor cooking area, a bomb shelter and a projection booth were added during the remodeling. Perhaps the most prominent new feature was a three-hole golf course modeled after greens at Augusta National and Burning Tree, two of the president’s favorite courses. In addition to golf, Ike also enjoyed oil painting at the expanded retreat.

Ike valued Camp David as a place to relax, but he also conducted official business there. Recuperating from a heart attack in late 1955, Eisenhower held Cabinet meetings and  four meetings of the National Security Council at the camp. In July 1957 he flew to Camp David by helicopter as part of the civil defense exercise "Operation Alert." Ike was the first president to travel to Camp David by chopper. The helicopter cut the commute from Washington, DC, down from two hours to just thirty minutes.

Perhaps the most famous head-of-state visit was made by Soviet Premier Nikita Khrushchev in September 1959. Khrushchev was initially suspicious of the meeting site because Camp David was not yet a world renowned weekend and holiday retreat of American presidents. He thought it sounded like a place where "stray dogs were sent to die."

Although Eisenhower thought Khrushchev’s visit accomplished little in terms of improving international relations, a new phrase entered the political lexicon as a result of the meeting: the "Spirit of Camp David." Ike later admitted he wasn't sure what the phrase meant. When asked, he remarked "I must say I have never used it" but surmised that it "must mean simply that it looks like we can talk together without being mutually abusive." The Soviets had their own use for the phrase. They denounced any Western action they disliked as "violating the Spirit of Camp David," a sanction they never applied to their own actions. Whatever the true meaning, the phrase has endured as a useful if contested expression of unofficial diplomatic cooperation tinged with cautious optimism.

Foreign affairs would bring President Eisenhower back to Camp David for a fiftieth and last time in April 1961 when he met President Kennedy there to review the failed Bay of Pigs operation. Eisenhower’s many trips up the mountain, combined with his renaming of the compound and his highly publicized use of it for recreation and official business, helped make "Camp David" synonymous with the modern American presidency and international diplomacy. 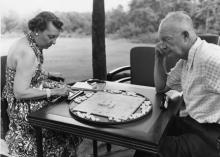 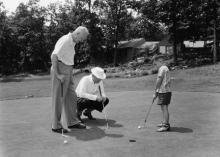 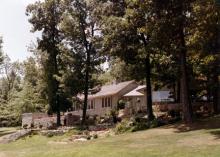 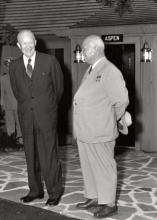 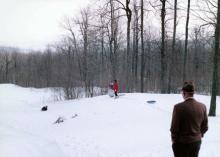 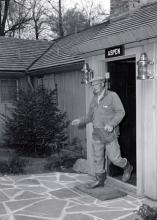 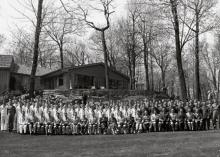 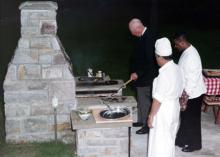 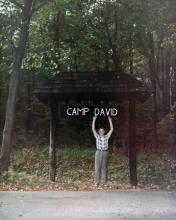 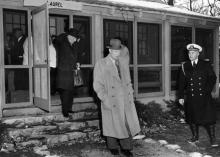 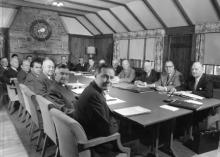 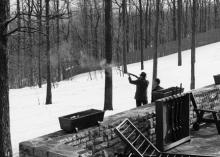 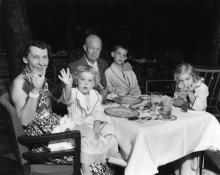