The first Republican president since the Great Depression, Dwight Eisenhower was the victorious supreme allied commander of World War II’s European theater, but a political novice when he moved into the White House in 1953. To help make domestic policy, he recruited two of the country’s richest businessmen—Cleveland industrialist George Humphrey and General Motors president Charles Wilson—with the goals of ensuring American postwar prosperity and developing a defense posture against the nuclear threat of the Soviet Union.

James Worthen writes about the impact of personality on political behavior. A former program manager at the Central Intelligence Agency in Washington, he lives in Pismo Beach, California.

The 2020 Lunch & Learn series is made possible courtesy of the Eisenhower Foundation and the Union Pacific Foundation. 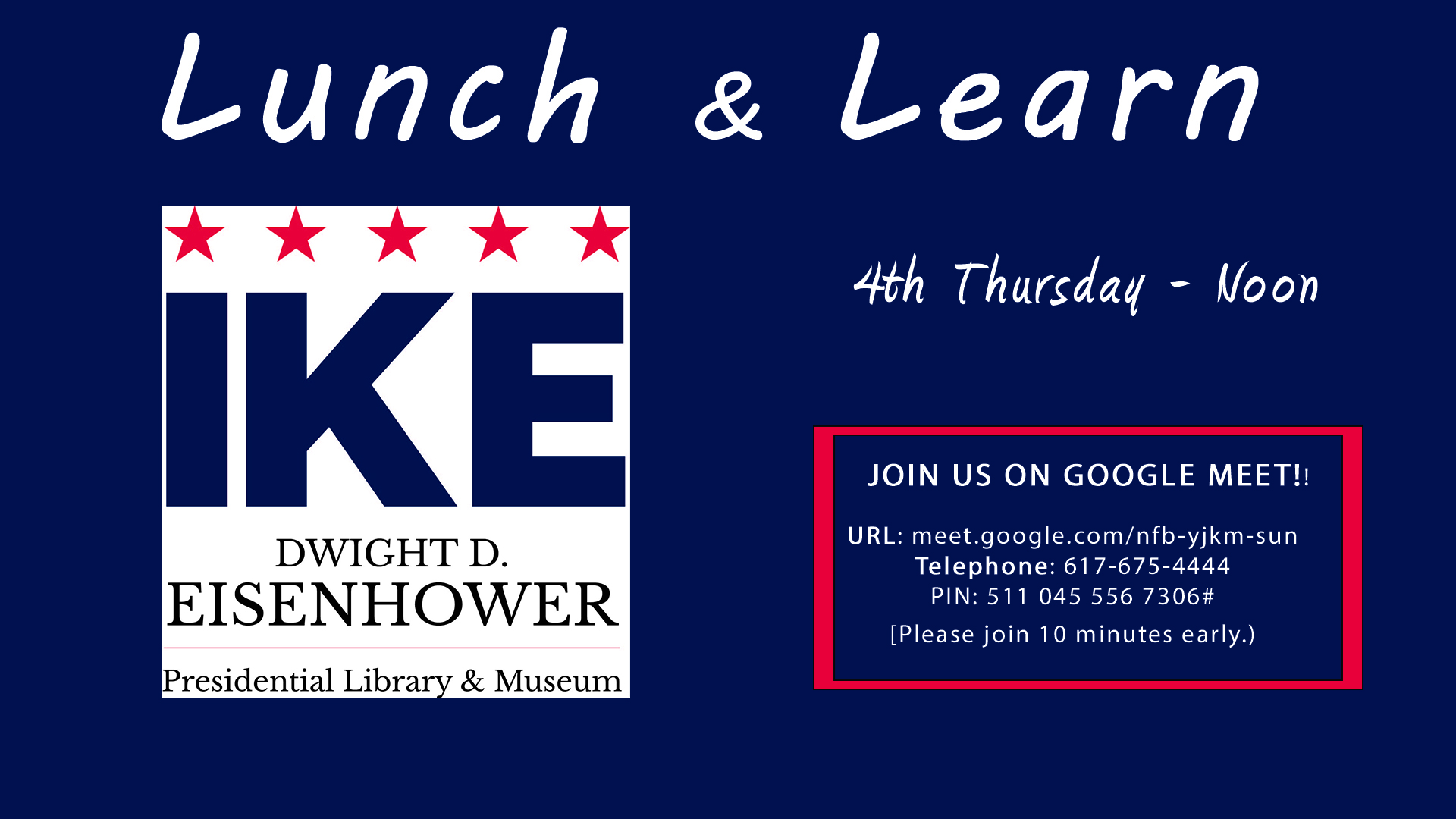