Abilene, Kan. - The next program in the Evenings at Ease series is Thursday, August 6 at 6 p.m. This is a special date and time for the series to mark the 75th anniversary of VJ-Day and the end of World War II.

This virtual program is a conversation with veteran journalist and Fox News Sunday anchor, Chris Wallace. His recently published book, Countdown 1945: The Extraordinary Story of the Atomic Bomb and the 116 Days That Changed the World, will be the focus of conversation. Countdown 1945 delivers a behind-the-scenes account of the 116 days leading to the bombing on Hiroshima on August 6, 1945. This book goes beyond just the atomic bomb and shares accounts of ordinary American and Japanese civilians in wartime.

Registration for the program is required. To register, visit https://us02web.zoom.us/webinar/register/3315947337221/WN_h8XUFBluSVG3BfewHw-7Jg for your connection details. You will receive a confirmation email providing details of how to join online or by phone.

During his journalism career, Wallace has covered almost every major political event, and interviewed U.S. and world leaders, including seven American presidents. Throughout his 50+ years in broadcasting, Wallace has won every major broadcast news award for his reporting, including three Emmy Awards, the Dupont-Columbia Silver Baton, and the Peabody Award. 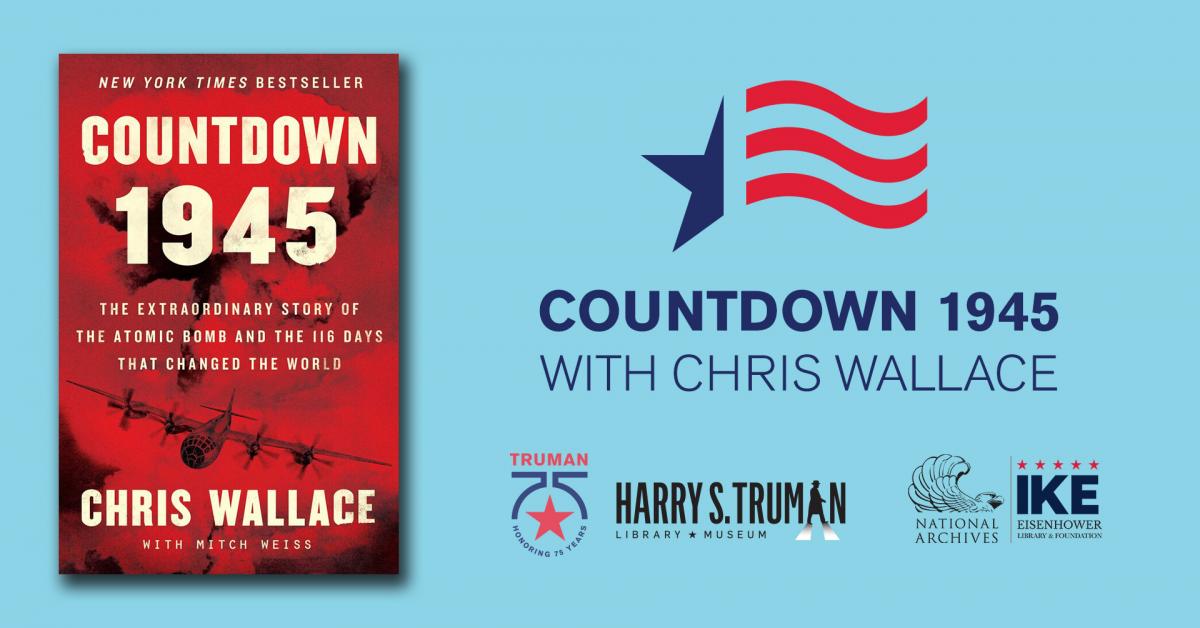 About the Eisenhower Presidential Library