Persons traveling through the United States today may find it difficult to imagine our country without the Eisenhower Interstate Highway System. It was not until June 29, 1956, when President Eisenhower signed the Federal Aid Highway Act, that interstate highways began to meet the challenge of the growing number of automobiles on the nation’s highways. While in Europe during World War II General Eisenhower viewed the ease of travel on the German autobahns. That, coupled with the experiences of a young Lt. Col. Eisenhower in the 1919 Transcontinental Convoy, convinced the President of the overwhelming need for safer and speedier highways. The President also felt that the newer, multi-lane highways were essential to a strong national defense.

Letter from Sinclair Weeks to President Eisenhower regarding improvement of the Interstate Highway System, August 9, 1956 [DDE’s Records as President, Official File, Box 611, OF 141-B Highways and Thoroughfares (12); NAID #16857670] 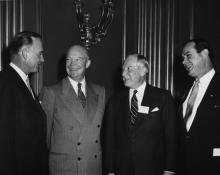 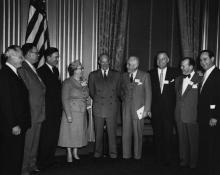 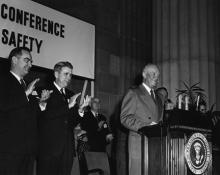 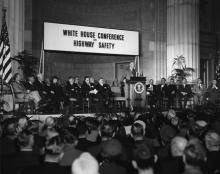 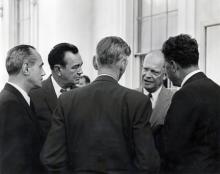 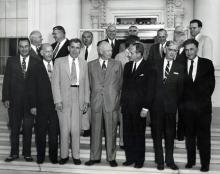 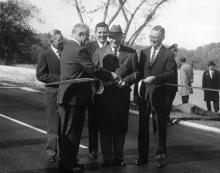 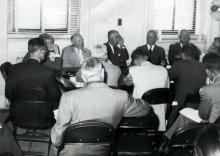 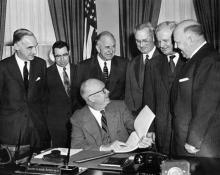